We document a call of comrades from Sofia:

On 24th of April, 2018 was the first hearing against 21 arrested
migrants accused of participation in a violent riot in the so-called
“open camp” of Harmanli, in 2016. The riot broke out when the camp was
put under unlawful quarantine after pressure from the far right’s
anti-immigrant propaganda. 21 Afghani people were sent to court
despite clear evidence of police brutality and of random mass beatings
after the riot. No police was investigated.

The next hearing will be on the 5th of June, 2018 at the Regional
court in Harmanli.

·We are planning a week of local actions in solidarity with the
Harmanli 21 until the new date of the trial.

·We call for solidarity actions in front of each Bulgarian embassy or
consulate, demanding the immediate еnding of the trial, release of the
21 migrants and investigation of the police brutality against the
people in the camp.

The 21 migrants continue to be held in the detention centre of
Lyubimets, facing the threat of deportation back to Afghanistan or of
prison sentence in Bulgaria. The whole trial is totally absent in most
of the media and society in general. We believe that only pressure
from inside and outside can help put this trial out in the public eye,
especially in these last 2 months of Bulgarian presidency of the EU
council.

Apart from that you can help by starting campaigns in your countries
and cities in order to inform your local society about the Harmanly 21
case.

Only united we can resist the brutality of the Bulgarian state and of
“Fortress Europe”!

SOLIDARITY, JUSTICE AND FREEDOM FOR THE HARMANLI 21!

2) Report of the the first day from the trial against the Harmanli 21
–
http://bulgaria.bordermonitoring.eu/2018/04/26/the-start-of-the-trial-against-the-harmanli-21/ Show
original message 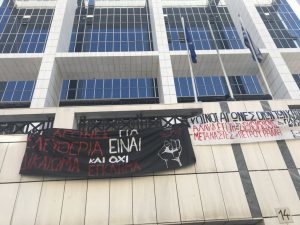 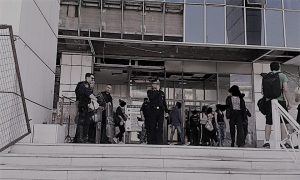 People observing the trial said it was a ridicolous showcase, as the policemen who were witnessing were caught in lies and imagination of “dangerous migrants”. The lawyers and the accused will go into revision. Until this happened, all are free, but are not allowed to leave the country.

Solidarity with the accused!

Seven of the #Moria35 face deportation on Thursday. In a process fraught with procedural violations, they have had their applications for asylum rejected. After over a year of dehumanizing treatment, from Moria Camp, to the viscous attack by the police, followed by nine months of unjust imprisonment, they now face being sent to Turkish prison, and likely deportation to the countries they fled. Furthermore, all are eligible for humanitarian protection in Greece as victims or witnesses of a serious crime. Three have themselves filed complaints against the police for the attack against them, and there is an open ongoing investigation initiated by the public prosecutor against the police, for which all seven are important witnesses. Their deportation will not only violate their rights to due process, but will ensure the continued impunity of the police in their policies of violent repression in the Greek hotspots. To stop the deportation contact the Lesvos Police at +30 22510 37721, 58800, 58803 and the Regional Asylum Office at +30 2251032323 or pga.lesvou@asylo.gov.gr, #freethemoria35 #lesvos #refugeesgr