„You can‘t evict solidarity“ is a campaign against repression. It was founded to support international refugee and non-refugee activists that got arrested during evictions of refugee-squats in Thessaloniki (Greece) in July and August 2016. Now we also support other people affected by repression from antiracist fights on the borders of the EU.

We are working on translations into English and Greek so that the information and news we are collecting, as well as advice on how to get active in anti-repression work and materials we are creating is available to a wider audience. We want to strengthen all those who are affected by the most recent waves of repression against antiracist activism in Europe or struggling for a world without borders.

If you can help out with translations into English, Greek or any other languages, please get in contact at cantevictsolidarity(at)riseup(dot)net !

The German website with a lot of texts and materials can be found here.

Our passion for freedom is stronger than their prisons! 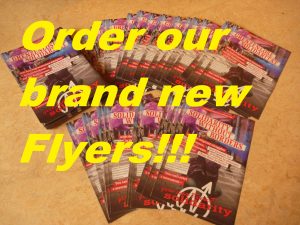